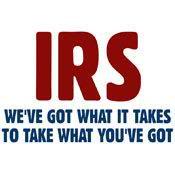 In my last two essays (Badges?  We Don’t Need No Stinkin’ Badges!” and The Real Problem with President Trump’s Tax Return) I touched on the subject of how the general government in Washington, DC is encroaching upon our freedom and chipping away at our liberties.  The underlying problem that is precipitating this encroachment is a government that has expanded outside it’s intended, constitutionally-limited role.  Because of this there has arisen a movement to amend our Constitution via a co-called “Convention of States.”

Such a convention has been grossly misrepresented by those who are promoting it, but to address those misrepresentations would take numerous, lengthy essays and it is not the point of this series of essays.  What I wish to point out in this essay and the two to follow are three amendment changes that should be made a priority that would help to restore our freedom that is being destroyed and returning us to a true federal, republican form of government.

The first of these would be a repeal of the 16th amendment.  This amendment was pushed through by the progressives in both political parties (Woodrow Wilson and the Democrats along with Teddy Roosevelt and the northeastern Republicans) in the turn of the last century.  As I’ve pointed out previously, this amendment granted the power to the government to tax every form of our earnings at any level they deem appropriate (during the 1950s’ the marginal tax rate exceeded 90%!).  Such is a direct assault upon the concept of individual liberty as personal property rights, which includes our incomes, is the foundation of that liberty.  If those wishing to amend our Constitution were serious about it, this would be their number one concern.

Not only does this amendment give the government plenary power over our earnings, our tax forms that are required for reporting our income to the taxing authorities capture even more information about us that the government has no business having any knowledge of.   We are required to tell them how many dependents we have, what type, if any, retirement plans we have and if we received any benefits from them, how much we spent on health costs (which gives a window into our health status), what type of business we own (if we are self-employed), how much we donate to charities, what our occupation is, and on and on and on.  I challenge anyone to give me the article, section and clause in our Constitution that grants the government the right to have any of this information, for such authority is non-existent.

Yes, our Constitution is not perfect – Ben Franklin said as much on the last day of the 1787 convention in Philadelphia when the newly minted Constitution was signed by the delegates.  However, the Constitution has since been “toyed” with by individuals who did not rise to the level of foresight and wisdom of those who first framed it, and the 16th amendment is a prime example that needs to be repealed.

Next week – the 17th amendment.