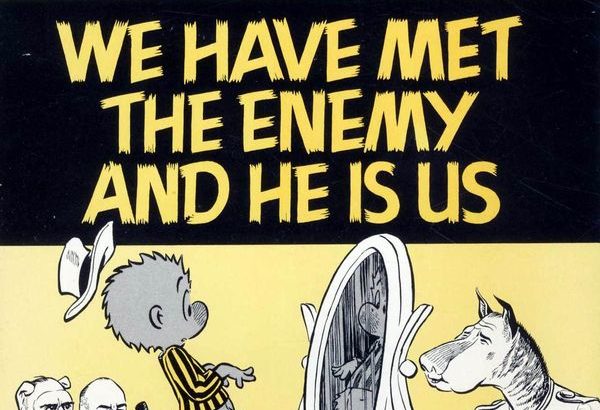 We hear today a litany of things cited as the problems with the federal government that need to be addressed, and most – if not all – are problems that need to be corrected.  But, what is the real, basic, fundamental, underlying problem with our government?

Most Constitutionalists like myself would most likely argue that the underlying problem with the federal government is that it has become unshackled (to use Thomas Jefferson’s phrase) from the Constitution, and there is much truth to that argument.  Indeed, much, if not all, of our woes vis-à-vis the national government can be traced back to its exceeding its limited powers under the Constitution.

Others might point to how the judiciary has unconstitutionally increased its powers to the point where one judge can issue a ruling that holds the remaining 300+ million Americans hostage, destroying the concept of limited, representative government.  Again, there is something to be said for this argument

We could also point to the so-called “deep state” that is in so much of the news lately – those un-elected and unaccountable bureaucracies that operate contrary to the Constitution, the rule of law and the will of the people.

Then there’s the issue of professional, career politicians who are more interested in maintaining their hold on power than they are in doing what is best for the country, or in using their positions to enrich themselves (I highly encourage you to read Peter Schweizer’s book, Secret Empires – How the American Political Class Hides Corruption and Enriches Family and Friends).

All of these (and more) are legitimate faults that could claim the title of this essay, but I would sumit that none of them are the Real problem with our national government.

The Real problem was highlighted in a recent primary election in Georgia where a woman named Sandra Bullock (her real name, and no, not the actress by the same name) won the election.  The problem is, she put her name on the ballot as a lark – she ran no advertisements, didn’t knock on a single door, sent out no mailers, etc., such as is done in a legitimate campaign.  Yet, despite this lack of effort, she won the election solely because her name was the same as a Hollywood celebrity!  This tells us that the voters in that district had absolutely zero knowledge of who they were voting for – they voted blindly and ignorantly!

Sadly, this voting disease of ignorance is more widespread at all levels of government.  Consider the low voter turnout in many elections, and we wonder why those who are elected to office stay so long in office!  As the old adage goes, “we get the government we deserve.”  The Real problem with all of our governments is “We the People” and our lack of engagement in the political process.  Or, as that sage Pogo has said, “We have met the enemy and he is us.”