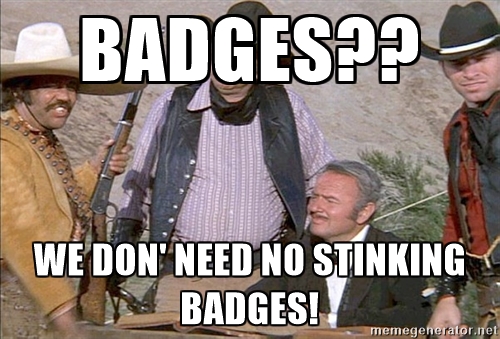 Remember that line from the classic movie “Blazing Saddles”?  Well that could now easily be the new motto of the United States, replacing the old and tired E Pluribus Unum.  With the latest uproar in the war between President Trump and the leftists over whether or not his campaign and his administration was secretly wire tapped, many who were asleep for the past few decades are learning (or should be) that our government has to power to know everything about each and every one of us, whether warranted or not.

In case you were not aware, the Foreign Intelligence Surveillance Act of 1978 created a secret court system that was designed to issue warrants allowing government agencies to use electronic surveillance on foreign powers and those suspected of spying for them within the United States.  In December 1981 President Reagan signed Executive Order 12333 that was intended to expand the flexibility of US intelligence agencies in gathering their data and sharing it with other agencies.  It has since been amended and expanded by subsequent executive orders signed by President George W. Bush.  This law and the courts it established, along with these executive orders are now the backbone upon which the National Security Agency today collects data on all citizens with or without warrants.  Just before he left office, President Obama authorized the NSA to open up its treasure trove of data on us to a host of government agencies.

The NSA has its own search engine that covers almost one trillion private phone and internet records of millions and millions of US citizens.  The collection and housing of this “metadata” is allegedly to catch those who would do us harm.  Yet our Constitution is quite clear:

“The right of the people to be secure in their persons, houses, papers, and effects, against unreasonable searches and seizures, shall not be violated, and no Warrants shall issue, but upon probable cause, supported by Oath or affirmation, and particularly describing the place to be searched, and the persons or things to be seized.”

Let’s analyze this amendment against the backdrop of what I’ve shared above.

We have the right to be “secure”, that is protected and kept safe from.

We are to be secure in regards to:

Our persons, which would mean our bodies and any information pertaining to us.

Our houses, hence the notion of our homes being our “castle”.

Our papers, meaning anything we might write or communicate in any form or fashion, including electronic communications.

Our effects, which would include any kind of possessions we have.

We are to be secure against searches and seizures of these items that are deemed to be “unreasonable.”  What is unreasonable is defined by what follows.

In order for the government to search, and if found, seize any of the items described as being protected, a warrant must be obtained from a judge.  Those requesting the warrant must present evidence for the probable cause of a violation of law. Furthermore, they must swear by an oath that the evidence is indeed truthful and straight forward. Therefore, if such evidence is not sufficient to prove probable cause, then any search and/or seizure is to be deemed “unreasonable.”

Not only this, but the warrant must be specific – no blanket, open-ended, generalized warrant is permitted.  The places, individuals and things that have been sworn to be reasonably suspected to be a violation of the law must be named; without this specificity, any search and/or seizure is again “unreasonable.” Yet our government today is gathering all of our communication data and transactions either with a broad generalized warrant, or no warrant at all.

When it comes to the law, governments are charged with the responsibility of ensuring that justice is served, which can only be done when the law protects us from lawbreakers, enemies, and yes, even our own government.  Our government may say “Warrants?  We don’t need no stinkin’ warrants”, but our Constitution that created it says differently.