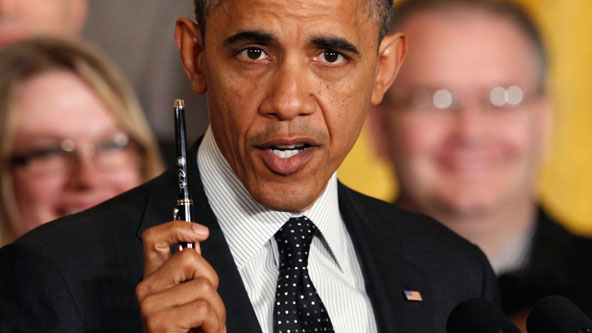 President Obama just used his “pen” again to nationalize large swaths of federal land in the western states, removing them from development, as well as hundreds of millions of acres of the ocean from exploration.  This action raises a number of constitutional issues.

First is the issue of just who has the constitutional right to these lands and seas?  Laws have been passed regarding federal authority over these areas, but the larger question remains, are they constitutional?  Article I, Section 8 of the Constitution lists the properties that the federal government has the authority to own, and all of these areas addressed by President Obama (and many presidents prior to him) are not included in that specific list.  So if the federal government has no right to these lands/seas, then it has no authority to dictate to the states how the land may or may not be used.  The lands belong to the states within whose boundaries they lie; to argue that they ceded ownership to the federal government and therefore legitimizes federal ownership does nothing to change the fact that the Constitution says nothing about such ownership rights.

When President Jefferson sought to acquire what came to be known as the Louisiana Purchase, he had such grave misgivings about the constitutionality of such an acquisition that he pushed for a constitutional amendment that would grant federal ownership to such properties.  In 1803 Jefferson wrote “The General Government has no powers but such as the Constitution gives it… it has not given it power of holding foreign territory, and still less of incorporating it into the Union. An amendment of the Constitution seems necessary for this.”  The land belongs to the states.  The ocean shore out to the international limit belongs to the states.  It is they who have the constitutional authority over those areas and not the federal government.

This brings us to Article IV, Section 3 of the Constitution.  It states that “The Congress shall have Power to dispose of and make all needful Rules and Regulations respecting the Territory or other Property belonging to the United States.”  Furthermore, Article VI, clause 2 goes on to state that “This Constitution, and the Laws of the United States which shall be made in Pursuance thereof;…shall be the supreme Law of the Land.”  Any law, therefore, which the enforcement of or granting of powers is in conflict with the Constitution is not “in Pursuance of” the Constitution, and must of necessity be null and void.

The Antiquities Act of 1906 was passed to preserve archeological sites on public lands from looters.  It gave the President absolute authority to single-handedly designate any federal public lands as national monuments, and thus protect it from looters.  This Act is the basis for President Obama’s actions, and yet this law clearly flies in the face of the Constitution’s granting to Congress and Congress only the “Power to dispose of and make all needful Rules and Regulations respecting the Territory or other Property belonging to the United States.”

The states should stand together and nullify this unconstitutional Act and take back those lands and seas that rightfully belong to them, with the exception of those few constitutionally authorized properties that Article I, Section 8 grants to the federal government. 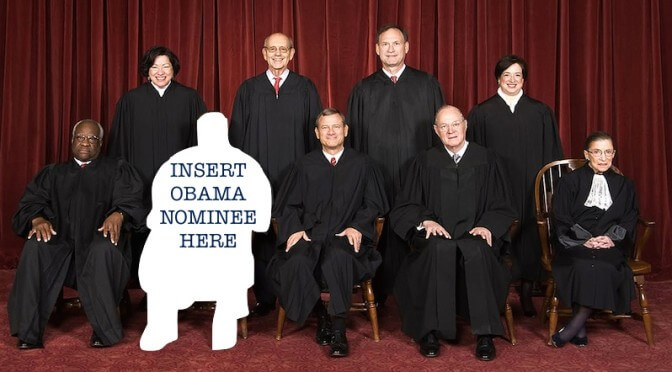 In most instances I would say the less time Congress is in session, the safer our freedom and liberties are.  However, for the upcoming holiday break and the time between the swearing in of the new congress and the inauguration of President-elect Trump, this is not the case – at least for this year.

My concern is the vacancy on the Supreme Court left by the unfortunate passing of Justice Antonin Scalia.  In March of this year President Obama fulfilled his constitutional duty of nominating Merrick Garland to fill that vacancy on the court.  However, the Senate has stated they will not take up deliberations on confirming his appointment, which is both their constitutional responsibility and prerogative.  This leaves us at a stalemate over the vacancy.

So what’s this got to do with Congress taking its traditional holiday adjournment and the break between their swearing in and the presidential inauguration?  Article II, Section 2, Clause 3 of the Constitution states that “The President shall have Power to fill up all Vacancies that may happen during the Recess of the Senate, by granting Commissions which shall expire at the End of their next Session.”  In addition, Article I, Section 5, Clause 4 states that “Neither House, during the Session of Congress, shall, without the Consent of the other, adjourn for more than three days, nor to any other Place than that in which the two Houses shall be sitting.”

Should both houses of Congress agree to adjourn for more than three days during either of the two time periods I’ve mentioned, then President Obama could appoint a liberal, progressive judge to the Supreme Court without the consent of the Senate, and that individual would sit on the court until a new Congress is elected in 2018, at which time the Senate could confirm or deny confirmation, in which case that individual would be removed from the Court and President Trump would be free to nominate a conservative replacement.  Indeed, there are some in the Democrat caucus in Congress that are encouraging President Obama to do just this.  Yet if Congress remains in session he could not constitutionally make any appointments.

Hopefully the Republicans will not be so arrogant to think that President Obama would not do this or that if he did, they could undo the appointment in 2019.  There are two serious dangers with this thinking.  First, President Obama has shown in the past that he is indeed willing to make controversial recess appointments.  In January 2012 he appointed three liberal, pro-union individuals to the National Labor Relations Board and it wasn’t until June 2014 that the Supreme Court ruled unanimously that the appointments were illegal.  By then, however, those three individuals had done much damage in their rulings.

Second, consider what would happen if the Republicans fail to maintain their majority in the Senate in the 2018 elections.  Then the Democrat-controlled Senate would confirm the appointment and that justice would have his/her life-time appointment to the Court.  Not only this, but even if the Republicans maintained their majority status in the Senate in the 2018 elections, that would still give the Court a liberal majority for two years, during which time much mischief could be done to our Constitution, our freedom and our liberties.

So, there you have it.  It is imperative that Congress put the wellbeing of the country and the future of the Supreme Court above their desire to “take a break” from their elected duties.  Many in our military won’t be home for the holidays because of their duties in service to our country; why should members of Congress be any different?