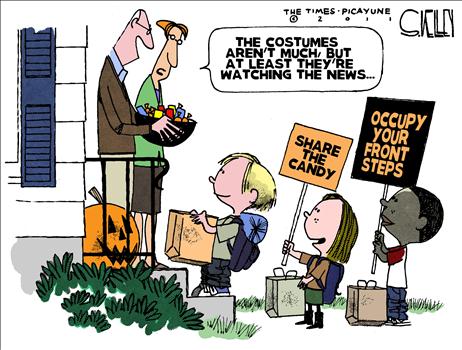 I never in my wildest dreams thought I’d ever be pleased by anything that Jerry Brown, aka Governor “Moonbeam” of California, did, but I am now.  I never thought the leftists in Seattle and Chicago would give me reason to cheer them on, but they have.

No, I’ve not lost my constitutional moorings.  Democrats have been for more and more expansive government intrusion into our rights and constricting our freedom and liberties, and by and large they still are.  However, recent (and some not so recent) actions taken in these local areas has given me reason to cheer.

Two weeks ago, Governor “Moonbeam” announced that the state of California would embrace and abide by the so-called Paris Climate Accords even though President Trump pulled the US out of them.  California is going to sell carbon tax-credits to industries that cannot meet the environmental standards the state will be imposing in order to abide by these accords.  All-in-all, this move is going to make it even harder and more expensive to do business in California.

Moving up the coast to the Peoples’ Republic of Seattle, they have done several “great” things of late.  First, they raised the minimum wage to a ridiculous level, forcing many businesses to either shut down, move out of the city, lay off employees, and/or raise prices for their services and products.  Then they cracked down on the right of Seattle citizens to own firearms and to purchase weapons and ammunition, again with the same result as with restaurants and other service-type businesses.  Now they are imposing a 2.5% tax on individuals earning over $250,000 or $500,000 for couples.

Like Seattle, Chicago has some, if not the most restrictive measures on gun ownership by its citizens.  Yet, despite that, it has the highest murder rate among major US cities.  However, Seattle seems to think Chicago presents an outstanding role model for them to follow in this regard.

So, what makes me applaud these moves?  Simply the fact that liberals have finally embraced the concept of federalism as espoused by our founders and how they envisioned the states would operate under our federal constitution.  We are a country composed of what is supposed to be fifty independent, somewhat sovereign entities who are free to exercise all those powers not delegated to the federal government (which powers are few and defined as Madison wrote in the Federalist Papers).  We have fifty free incubators to test measures to see what works and doesn’t work in the realm of governance.

So you want to limit your citizen’s access to guns for protection?  Look how well that’s doing in Chicago.  You want to impose draconian measures and taxes on businesses?  Watch and see how many of them look to relocate to more business-friendly states.  You want to force businesses to pay more than market rates in the labor force?  See how many of your formally employed citizens come knocking on your city hall doors asking for welfare assistance.  Watch your tax base dwindle as more wealthy individuals along with businesses more out of your city/state limits.

Yes, federalism is a fantastic concept!  It teaches us what works best in preserving freedom and liberty, or in the cases I’ve cited in this essay, the absolutely worst and stupidest policies to pursue.