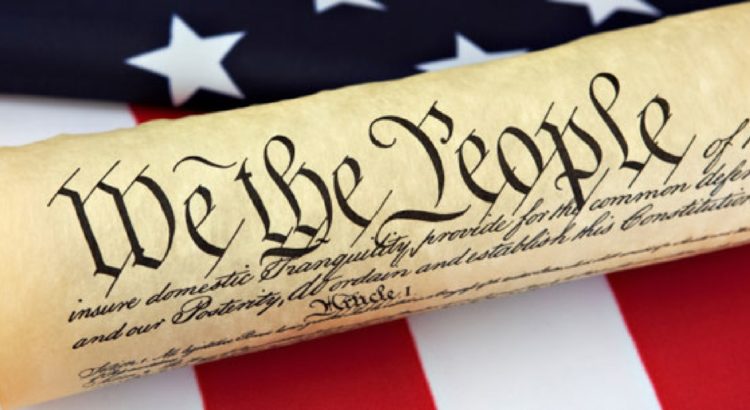 So begins the opening of the Preamble to our national Constitution.  If you research the preambles of other countries’ constitutions, you will find that ours is not unique as many of them also make reference to their constitutions being ordained and formed by “the people”.  However, all of these other constitutions came after ours – the ideals of our Constitution have served as the model for numerous others around the globe.

Is it not ironic that a constitution that has inspired so many others is disparaged by no less than a sitting associate justice on our nation’s Supreme Court?  In an interview in Egypt in 2012, Associate Justice Ruth Bader Ginsberg had this to say about our Constitution and Egypt’s plans to draft a new constitution for themselves:

“I would not look to the U.S. Constitution, if I were drafting a constitution in the year 2012.   I might look at the constitution of South Africa. That was a deliberate attempt to have a fundamental instrument of government that embraced basic human rights, have an independent judiciary. It really is, I think, a great piece of work that was done.”

I would expect such an observation to come from someone who was unfamiliar with our Constitution and who had never read the defense of its ratification made by its authors in The Federalist Papers, but not from someone who sits on the highest court in the land and is charged with applying the tenets of the Constitution to the cases that come before that court.  Yet, that is the perspective of the leftists in our country today.

Our preamble reflects a radical change in government – that power flows upwards from the people, not downward from those sitting in the seat(s) of power.  Critics today charge that the Constitution was not a product of the people, but by a bunch of rich, slave owning white men.  Unfortunately, too many of our fellow citizens, educated by the leftists who control our educational institutions, believe this to be true.  Yes, they were white men, some were wealthy, but not all of them were slave owners – in fact several argued and wanted to outlaw slavery in the Constitution.  That they did not do so is not because they owned slaves or supported slavery, but because they knew without some concessions on that issue, no Constitution would be forthcoming and America would disintegrate and be swallowed up by the European powers.

Clearly, our Constitution is indeed sourced by “We the people”, and because it is, the government it framed and created is accountable and answerable to us.  Therefore, since the government came from us, those in power should be warned that we have the right, as Jefferson so eloquently stated in the Declaration of Independence, to abolish it and erect another one that will protect our right to life, liberty and the pursuit of happiness from the tyranny of government – even one that has lost its moorings from its charter document.