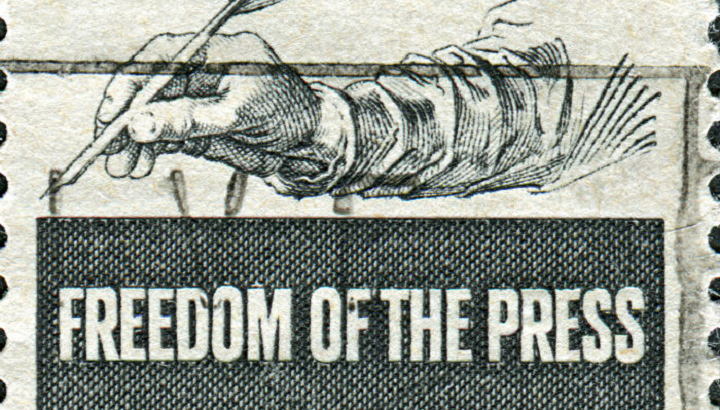 In one of his speeches, the president had this to say about the press:

“During this course of administration, and in order to disturb it, the artillery of the press has been levelled against us, charged with whatsoever its licentiousness could devise or dare. These abuses of an institution so important to freedom and science, are deeply to be regretted, inasmuch as they tend to lessen its usefulness, and to sap its safety; they might, indeed, have been corrected by the wholesome punishments reserved and provided by the laws of the several States against falsehood and defamation; but public duties more urgent press on the time of public servants, and the offenders have therefore been left to find their punishment in the public indignation.”

The animosity between President Trump and the main stream media is nothing new; it is as old as our Republic itself.  In 1798 the Federalists, who held the majority in Congress, the White House (John Adams was president), and appointees to the SCOTUS, passed, signed and upheld the Alien and Seditions Act of 1798.  Regarding free speech the Act contained this section:

Fast forward to the administration of the “revered” Abraham Lincoln.  You may be shocked to learn that the great champion of liberty repeatedly trampled on the Constitution and the freedoms guaranteed in the Bill of Rights.  In regards to freedom of the press, he did tolerate criticism of himself and his policies, but only to an extent.  For example, in May 1864, two newspapers in New York, the Journal of Commerce and The World, ran a fake news story that Lincoln was going to issue a presidential order to draft 400,000 men into the army.  Lincoln ordered the two papers shut down and the publishers arrested and imprisoned.  In addition, he had the agency that had transmitted the story, the Independent Telegraph System, shut down and its property seized by the military.

Yet today, because President Trump calls out the media for its failure to live up to its obligation to honestly report the news, or does not call on certain media outlets for questions in a press conference, he is excoriated by both the press and the progressives in Congress who are calling for his impeachment because they claim his actions make him an enemy of the first amendment.  Those individuals are simply showing their hypocrisy and ignorance of history and an understanding of constitutional principles.

There are many other examples I could give in addition to the two I have provided above, but clearly President Trump’s criticisms hardly reach even the hem of the garment of the examples I cited.  And that presidential quote I began with?  It was part of President Thomas Jefferson’s second inaugural address.  You see, the more things change, the more they remain the same.