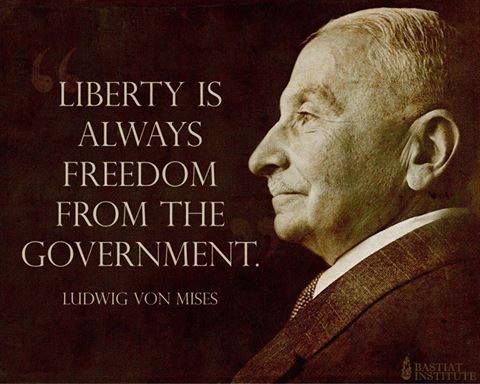 You say “tAmato”, I say “tOOmato”, what’s the difference?  Well a similar question could be raised in our usage of the terms “freedom” and “liberty”.  Today we use these two terms virtually interchangeably, and perhaps that is correct as they are synonyms for the same concept.

Perhaps I’m splitting hairs on this, but permit me to suggest that perhaps there is a subtle difference between them.  Yes, they both embody the same concept, but how these two terms point up that concept I think are quite the opposite of each other.

Freedom, to me, comes at this concept from a negative position.  By this I mean that it is stating that we are “free from” something, i.e. we are no longer under the control or constraints of someone or something.  We speak of someone who has beaten cancer or some other terrible disease for a period of time as being “free from” or “free of” that ailment.  The term implies that previously you lacked this concept, but now you have it.

On the other hand, liberty approaches the same idea but from a more positive position and one that is dependent upon freedom.  Sometimes we use the word in the phrase “to be at liberty”, meaning you are able to do something or go somewhere.  Sailors who arrive in port are given “liberty”, indicating they have the right to come and go as they please and do what they please (within reason of course!).

But, you might say, what about that Southwest Airlines’ commercial where they say “You are now free to move about the country”?  Isn’t that really a use I’m ascribing to the term “liberty”?  Not really.  In effect, the message of the commercial is “You are no longer constrained to one geographical location” (i.e. you have been freed) “and you are ‘at liberty'” (i.e., have the ability) “to move wherever you wish.”

Splitting hairs you say?  Yes, maybe I am.  But here’s my point about our present condition under this government – we are losing our freedom daily, meaning we are once again coming under the bondage of tyranny, and thereby losing our liberty to live life as we please.  Liberty, Jefferson said, is an unalienable right, but as we lose our freedom to the tyranny of an unconstitutional government, that right will be withheld from us.