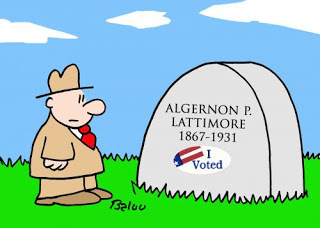 As we approach what I believe to be the most critical election in my 46 years of voting, the issue is being raised all across the land regarding the integrity of our election process, especially allowing those not citizens voting and the counting of the votes cast being manipulated.

As to the second of those two concerns there should be no argument among any citizen, be they progressive or conservative, Democrat or Republican, that we want and deserve an accurate accounting of the votes.  However, the issue of who should be allowed to vote is a sticking point among the left and the right.

I’ve written before about the privileges  of citizenship (Who Has Constitutional Rights?), among which is the guarantee of being allowed to vote for our leaders and representatives.  This is a privilege that is in all other countries restricted to those who are citizens of that country.  For instance, if your employer sent you to Germany to manage a branch office in that country, do you think they would allow you to vote in their elections?  Absolutely not.  Why?  Because you’re an American, not a German!  Determining how a country will be governed is the prerogative of those who have committed and joined themselves legally to that country.

Now the argument is made that anyone who pays taxes ought to be allowed to vote for those who will be spending that money.  Let’s return to the scenario of you being a branch manager in Germany.  Did you know that you will pay income taxes to Germany (as well as US taxes, but with an off-set)?  Furthermore, you may or may not even have to pay into another country’s social security system, depending on whether or not there is a “totalization agreement” between the US and that country.  Yet, despite this, you will not be allowed to vote in their elections!  So much for that argument.

Then there is the argument that requiring some form of proof of citizenship and picture voter ID creates a hardship on certain groups of citizens and will disenfranchise them is also bogus.  To begin with, such identification is required to purchase restricted products, get on an airplane or enter federal buildings and there is no outcry about that being burdensome!  Second, all of us, if we want something bad enough will find a way to procure it.  If voting is important enough to someone and proof of citizenship to register and obtain a picture ID are required, he/she will find a way to comply, and if not, then they shouldn’t be voting in the first place.

Robert Yates was a delegate from the state of New York to the Constitutional Convention in 1787.  He left before the draft of the Constitution was completed because he felt it did not provide sufficient safeguards for the sovereignty of the states and the liberties of the people.  He subsequently became an ardent opponent to its ratification and wrote numerous essays to that end, writing using the pseudonym “Brutus”.  In his essay numbered IV, written on November 29, 1787, he stated:

If those elected officials at both the federal and state level will not take the steps necessary to guarantee us a fair election, then they are no friends of liberty, America and not deserving of our support and vote, regardless of their party affiliation.