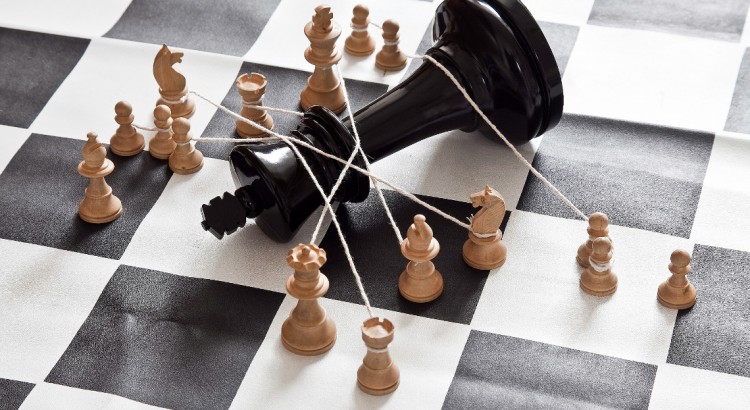 In the game of chess two sides struggle to keep the each other’s power in check so as to protect their “king.”  When you consider how our Constitution structures our republic according to the concept of federalism, you can see how it is much like a game of chess.  In this case the struggle is not between pieces in a game, but rather between the forces of tyranny and individuals seeking to preserve their freedom and liberties.

In the game of chess, each piece has its own unique role to play, with its own level of power and ability to affect the outcome of the game.  Like in chess where there are five pieces that work in concert to protect the king, within our Constitution there also exists five “checks-and-balances” against the forces of tyranny.

Within the federal government we have the three departments that are supposed to serve as a check against the excesses of one another.  Whenever any one of these departments fails to serve its role as a check against the encroaching, extra-constitutional power of the other two, it is as though in the game of chess that piece has been “captured” by the opposing force and removed from the board and is no longer effective in the outcome of the game.

This leaves the final and most powerful “piece” in this “chess match” – the queen, which in this case is the American people.  It is “We the People” who hold sovereignty over both state and federal government, and it is “We the People” who are to be the ultimate deciders in this match.  However, if the “queen” is unaware or not concerned as to its crucial role, it has in effect allowed itself to be cornered and though not necessarily “off the board”, it might as well be.  You may consider yourself to be more of a “pawn” and not the powerful “queen”, but together, united, the American people can be an unstoppable force against this surge of tyranny washing upon the shore of our liberties.

In chess, if a pawn reaches the back line of the opposing side of the board, it can elect to have a previously captured piece restored to the board in its place.  So it is in our struggle to preserve freedom.  Though it appears as if Congress has been “captured” in that it has refused to blunt the excesses of both the judiciary and executive branches, it can be restored if “We the People” elect constitutionally-minded men and women to serve in that body.  We can restore the power of the states by putting men and women in our state offices who will recognize and reassert their constitutionally-guaranteed roles as a shield against federal encroachment.  And finally, if the people of this once great republic will awaken to this danger and band together, we can put the “king” of tyrannical governmental power in check; failure to do so will allow tyranny to put our “king” of freedom in checkmate.