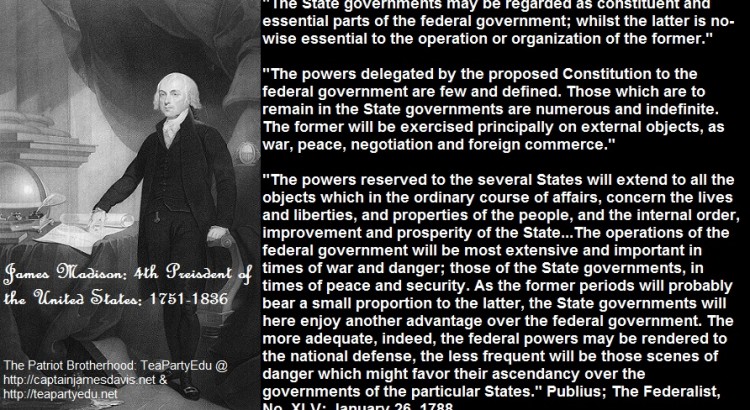 When we look at the intrusiveness of the federal government into our lives, we should step back and ask “Where is my state government?”  It was the states, acting as independent nation-states which agreed to join together as a union under a federal constitution instead of its then current confederacy.  In so doing, they did not give up their independence or authority completely, but only in certain  limited, defined areas.  It was the intent of our founders that the state legislatures should be our protectors against assaults against our liberties and the authority of the states by the federal government, as noted by Alexander Hamilton in The Federalist No. 85:

“We may safely rely on the disposition of the State legislatures to erect barriers against the encroachments of the national authority.”

In examining the areas in which the federal government is to act in behalf of the states, they are limited (in broad manner) to the following:

From Article I, Section 8 of the Constitution: