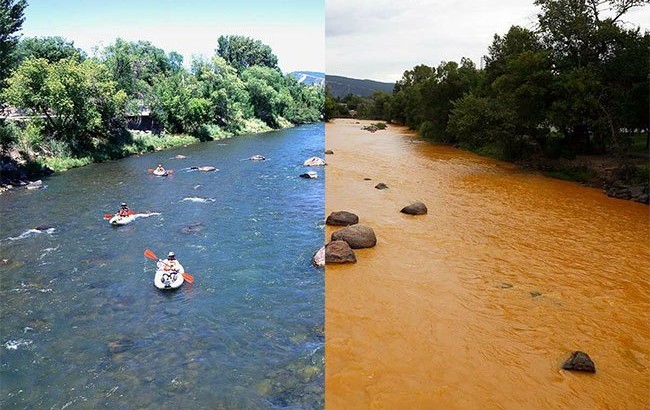 We all know that the EPA stands for the “Environmental Protection Agency”, but given recent actions by that agency I would suggest it stands for “Economic Prevention Agency” as it is the becoming more and more the biggest obstacle to economic recovery and growth.

Just this week there was the agency’s dumping millions of gallons of toxic waste into the Colorado river causing huge risks to the health and well being of both animals and humans all along the river’s pathway. That aside, in line with the subject matter of this essay, it will also cause a loss of economic activity by those who depend upon that waterway, not to mention the cost that we the taxpayers will have to fork over to clean up their mess. Usually government agencies are protected from lawsuits for matters like this unless negligence can be proven (unlike companies such as Exxon Mobil or BP). Perhaps this instance will prove differently, and if so, we the taxpayers will again be the ones paying the costs. What’s appalling about this is this agency wants to tell us what we can do with the water on our private property so as to protect “mother earth”, but then they do this to a large swath of the western part of the United States!

However, the greater damage being done to the economy are their proposed regulations on power plants. These regulations will result in the shuttering of many existing coal-fired plants, which in turn will cause “brown-outs” and “blackouts” in many areas. Again, the economic impact will be severe as productivity will be slowed and costs of virtually everything accelerated, all in the name of the phony and unproven claims of “climate change”.

The truth is this approach by this agency is merely the most efficient vehicle for the Fascists in government to assume more and more control over our lives. A nation’s economy has been most often the back door through which tyranny has been installed within a country (e.g., Russia in 1917, Nazi Germany in the 1930s, etc). Ayn Rand observed that a people cannot be politically free unless they are first economically free. Thus the converse of that principle is what history has shown, namely, when a people lose their economic freedom, their political freedom goes with it.

There is no constitutional authority for this out-of-control bureaucracy; such matters as this agency is supposed to oversee the founders argued were to be left to the control of the states. Unless this agency is reined in and destroyed, it will destroy our freedom, our quality of life, and all that makes America the envy of the world in terms of its standard of living.