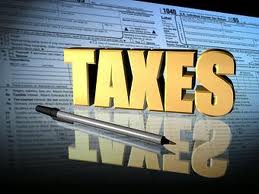 A few nights ago I listened to pundits debating the tax proposals of some of the presidential candidates as to which was better.  The word “fair” was repeatedly used in the discussion.  In another interview, Ben and Jerry of ice cream fame (who support Senator Sanders) were asked if they thought his proposal of a 92% marginal tax rate was “fair”, to which they replied “yes”.  The interviewer pressed them on this and inquired if they would accept such a high tax on themselves given the level of their incomes, and they replied “yes” again, as it would be fair to those who earned less for the rich to “pay their fair share” (I guess it never occurred to them that they could voluntarily pay that tax now without an oppressive governmental confiscatory policy).

But is a tax system supposed to be “fair”?  What is “fair”?  That is an elusive definition as it depends upon what part of the income spectrum you fall.  Sure, some rich individuals like these two may mouth support for such rates, but their refusal to voluntarily pay those kind of taxes highlights their hypocrisy.

I would argue that a tax system should be “just” and not “fair.”  You may consider the terms synonymous, and indeed we use them in our regular course of conversation as such.  However, they are not the same.  The concept of “fair” is really a perception based upon the subjectivity of those impacted by a given situation, such as two siblings arguing over whether or not at Christmas time they were both treated “fairly” in the gifts they received.

“Just”, on the other hand, is a determination based upon an objective source such as law.  We go to court when we feel we have not been treated “fairly” in order to seek “justice.”  Our founders did not seek to establish a government that would be “fair”, but rather one that would be “just.”  James Madison wrote in The Federalist Number 51:

“Justice is the end of government.  It is the end of civil society.  It ever has been and ever will be pursued until it be obtained, or until liberty be lost in the pursuit.”

Thus, according to Madison a tax system must be one that would comport itself to the concept of “justice.”  So what would make for a “just” tax system?  I submit that any tax on income of any kind is not a “just” system.   In his Second Treatise of Government John Locke wrote

“every man has a property in his own person; this nobody has any right to but himself..labour being he unquestionable property of the labourer, no man but he can have a right to…”

To this Thomas Jefferson added in his first inaugural address:

“a wise and frugal Government, which shall restrain men from injuring one another, shall leave them otherwise free to regulate their own pursuits of industry and improvement, and shall not take from the mouth of labor the bread it has earned.  This is the sum of good government,…”

It can be safely stated that any kind of an income tax system violates the statements made by these three great champions of personal liberty.  Instead of arguing over this nebulous concept of a “fair” tax system, candidates should be setting forth their plans for a “just” tax system – which by the way has languished in Congress without a vote for two decades.  This proposal involves the elimination of all income and payroll taxes and replaces it with a national consumption tax.  Unfortunately it is commonly referred to as “The Fair Tax”, but it is a more “Just Tax” system.  I want to be treated “justly”, for then I can say without equivocation that I have been also treated “fairly.”