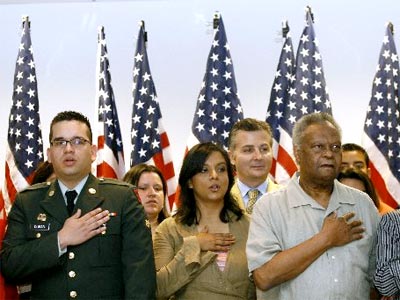 Lee Greenwood’s anthem to America, “I’m Proud to be an American”, has lost its luster with many US citizens.  According to the US Treasury Department, in 2013 2,999 US citizens moved to another country and gave up their citizenship.  In 2014 that number rose to 3,415, or a 14% increase over the year before.

In a nation of 300 million people, this number may seem trivial, but consider this:  according to a recent survey conducted  by the British money transfer firm Transferwise, 35% of the US citizens it surveyed would have an interest  in leaving the US and thus give up their citizenship.  Of this amount, 14% stated they would consider doing so within the next five years.  Of the 35% who would make this move, 51% stated lower taxes as their main motivation, while almost an equal amount, 48% were motivated by better educational opportunities.  Lower cost health coverage was another major concern as was  the desire for a better quality of life and lower cost of living.

In juxtaposition to this we see millions from impoverished third world countries pouring across our borders to take up residence among us.  Yet when asked about their motivation for coming here, despite citing some of the same reasons given by a significant number of our fellow citizens who want to leave America, more often the reason these individuals give for wanting to come and stay in the US is for the welfare provisions provided by Washington.  Add to this the lack of a desire on the part of these immigrants, mostly illegal, to assimilate into the American culture, learn English, become US citizens and severe ties to their former homeland, it should come as no surprise that upwards of one-in-three of us are tired of having to pay for those individuals and want out of a country that is self-imploding under such lax immigration policies.

I, for one, have no desire to leave America, “land that I love”, and I am “Proud to be an American”.  However, regretfully, it is becoming harder and harder to feel the sentiment of the next phrase in Greenwood’s song, “where at least I know I’m free.”  What a blight on the record of our leadership in Washington where due to their governing, a full one-third of their citizens would give more than a fleeting thought to wanting to give up being Americans.