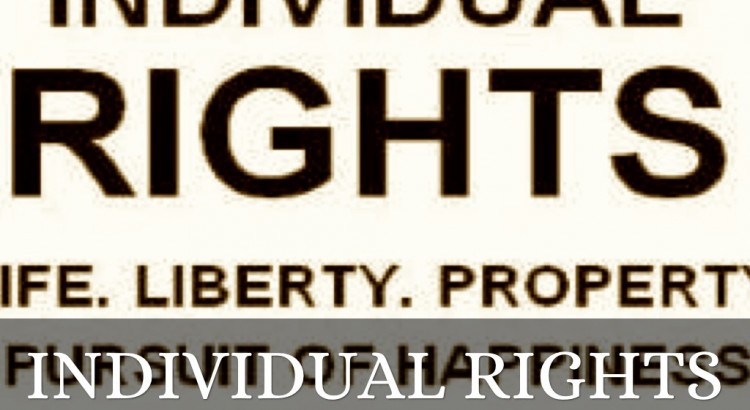 There is much debate in our country today over this subject of “rights.”  Many of these claims are without basis, for they are not truly “rights.”  A “right” is something you are not given, but instead are born with – it is innate within you, and as such is something to which no one or group has a legitimate claim.

Such are the “inalienable rights” we are familiar with from our Declaration of Independence.   It should be noted that the four listed in that second paragraph, life, liberty, pursuit of happiness and the removal of a tyrannical government, are only the beginning point of “rights;” others are enumerated within the so-called “Bill of Rights” in our Constitution.

One of these additional “rights” is brought front-and-center in the first amendment, namely the right to free speech.  The meaning of this short phrase is simple – I, you, and everyone else, have the inalienable right to speak our mind without the fear of repercussion.  Such a right goes hand-in-hand with those other rights named in that amendment.

However, even rights have their limitations.  My right to life, for example, ends when I willingly take away that right to life of another fellow human being.  My right to speak freely ends when my speech slanders another, causing them harm, or prohibits them from likewise exercising their right to free speech.  The motto of rights is simple – “do no harm,” for when you do, you forfeit your right of the same nature.

As we are in the throes of a tumultuous political season, I have witnessed countless examples of a violation of this principle of rights.  Many individuals have taken part in protests against those seeking public office.  Such protesting is a legitimate right; but when the actions of those protesters prohibit the rights of those candidates to speak or in prohibiting their fellow citizens from engaging in the political process in a peaceful manner, they have abdicated their claim to such a right.

There are so many other areas where we see this principle being violated.   The riots in Ferguson, Missouri or Baltimore, Maryland, where thugs and hooligans went on a rampage, destroying private property (ownership of which is another alienable right) because they felt an injustice was committed are two recent examples.

If we are to be a “civil” society, it is high time we begin to act “civilly.”  This is why we must ingrain the concept of “rights” and the motto of “do no harm” within our children by teaching and demonstrating this principle to them; for a society that is no longer “civil” is a society that will collapse inward upon itself and cease to exist. 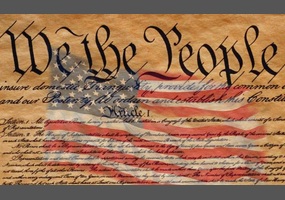 Presidential candidate Donald Trump has been under fire for his statement that we should ban all Muslim immigration and visa visitors for a temporary span of time until we can better vet the background of these individuals.  I have heard several criticisms of this proposal that are both ludicrous and ignorant.  Senator and presidential candidate Marco Rubio has stated that such a prohibition is unconstitutional.  Others state that it violates the principle of freedom of religion as espoused in the first amendment.  A third claim made Thursday evening by former NYC Mayor Rudy Giuliani, was that “we do not have the right” to prohibit a group or class of individuals from entry into our country.

The first objection that it is unconstitutional belies a lack of understanding of our Constitution (something I would think an attorney, Senator and President-wanna-be should know).  To support this assertion we must ask “For whom was the Constitution written?”  One needs look no further than the Preamble to the Constitution to ascertain the answer to this question.

“We the People of the United States, in Order to…secure the Blessings of Liberty to ourselves and our Posterity, do ordain and establish this Constitution for the United States of America.”

It was the citizens of the several states through either direct election (Rhode Island) or through their representatives in either their legislatures or conventions who comprised “We the People.”  This did not include everyone who resided in the territory of the states at that time.  It wasn’t until the passage of the 13th, 14 th and 15 th amendments that the securities of the Constitution were expanded to those previously enslaved (both black and white).  The Constitution was ordained and established for the citizens of “the United States”, not “we the people of the world.”  The Constitution says nothing about our obligation or requirement to admit any and all who wish to enter our borders.

Having established that the sureties given in the Constitution are for citizens, not for any and everyone who comes or wants to come to our shores, the answer to the second objection is also rendered moot.  However, I will make just a couple of brief points on it specifically.  There are only three references to religion in the Constitution.  Article VII references the date of the finalization of the Constitution as being “in the Year of our Lord,”  a common phrase that has nothing to do with the practice of a religion.  The first amendment has two clauses referencing religion, namely that

“Congress shall make no law respecting an establishment of religion, or prohibiting the free exercise thereof;”

By prohibiting the importation of those practicing Islam the federal government is not “establishing a religion” for the United States.  Nor is the government prohibiting these individuals from “the free exercise” of their religion – they are at liberty to practice it in their home countries or some other Islamic country.  It is no different than when a couple of years ago we prohibited individuals from countries experiencing an outbreak of Ebola from migrating en mass to our shores.

Finally, the statement that we have “no right” to prohibit any group of individuals from entering our land is patently absurd.  Coming to the United States and living among us is a privilege, not a “right.”  A true “right” is of the caliber identified by Jefferson in our Declaration of Independence, i.e., one that comes from our Creator.  Migrating to one country from another falls far short of this bar.  I might add to this that citizenship is also in this category inasmuch as citizenship can be taken away or revoked by the government since it is the entity that bestows citizenship (see Article I, Section 8, Clause 4 of the Constitution).  It is the inalienable “right” of the citizens of this country to be secure in their life and liberty and it is the responsibility granted to the government by those citizens to make those rights secure, which includes keeping out those who might do harm to those rights.

One final question to be addressed, is “Why not adopt the position of Senator Rand Paul and only limit Muslims from a list of countries known to pose a threat?”  To answer this I merely point to the recent atrocities in Paris, France.  Some of those perpetrators came across the French border from other European countries.   There are millions of Muslims living in France, England, Sweden, the Netherlands, etc., and if these countries were not part of the “list” of forbidden countries, then there would be no way we could prevent Muslim radicals from entering the US from one of those nations.

It Is past time that our leaders quit being so “politically correct” and began looking out for the welfare and safety of Americans first.  If you would not throw open the doors to your home and let anyone and everyone enter and live with you without first thoroughly ensuring they posed no threat to your family, then neither should we do so to our country, “America, my home sweet home.” 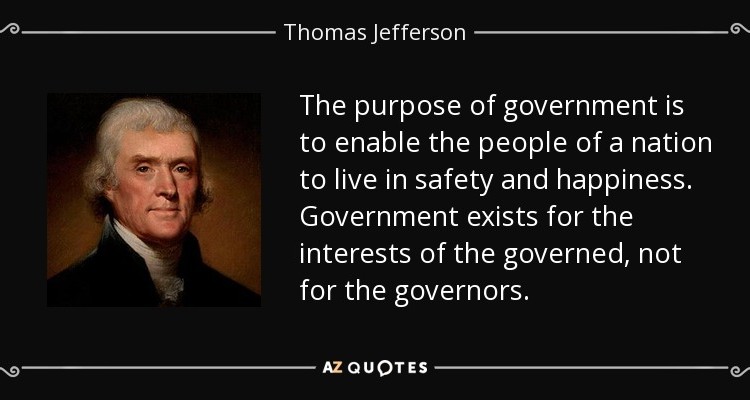 This past week I have read many comments by Christians saying that our nation must admit the refugees from Syria into our midst as that is our “Christian” obligation.  Secularists make the same argument but on purely humanitarian grounds.  I will not concern myself with the latter in this essay, but rather address my fellow Christians who hold the former position.  I will also address the companion view that we should not be asking our leaders to, in the words of Donald Trump, “Bomb the ‘stuff’ out of ISIS.”

First, I will concede that Scripture teaches us to help the needy, the oppressed and the poor among us.  Yet every one of those passages are addressing us as individuals.  We are to help those less fortunate “as we have the ability.”  We have the example of the Gentile churches in the book of Acts (and as recorded in 1 Corinthians) sending their collective funds to the needy Christians in the Jerusalem church.  Having said this, however, it cannot be extended to government, for that is not the purpose and function of government.

Individuals form societies from which governments arise because they need a mutually agreed upon entity to ensure that everyone’s rights are equally protected.  For this reason they give over to the government some of their natural rights so that justice and orderliness might prevail.  In short, the purpose of our government is to protect our inalienable rights of life, liberty and property, and as is stated in the Preamble to our Constitution, to “secure the Blessings of Liberty to ourselves and our Posterity.”  For the government to allow into our society those whom we are unable to vet regarding their threat to our inalienable rights is a monumental failure of its prime directive.  It is also a failure for it to bring into our republic those who will not assimilate into it and adapt our values, for in so doing the very fabric of our society (and by extension our liberties) will be unraveled.

As for waging unrestricted warfare against these who are sworn to the barbarism we have witnessed over the past two decades, remember that God has throughout history used governments to punish peoples and nations.  Paul wrote in the book of Romans that governmental authorities “do not bear the sword for nothing.  He is God’s servant, an agent of wrath to bring punishment on the wrongdoer.”   Also, the Lord through the prophet Isaiah called the godless nation of Assyria the “rod of my anger…against a people who anger Me.”  How are we to know whether or not we, the United States, are today the “rod of God’s anger” to destroy the evil being perpetrated against Christians and other innocents by these monsters?

Bottom line, if you wish to contribute to some charitable organization to assist those refugees, such is the “Christian” thing to do; but such is not the purpose of government.  Its purpose is to protect us from evildoers and to punish those who seek our destruction.  As Vladimir Putin, certainly no Christian, aptly put it in regards to the terrorists:  “It’s up to God to forgive them; sending them to Him is up to me.”  For once, I agree with Putin; if only we had a president who understood this duty as well.